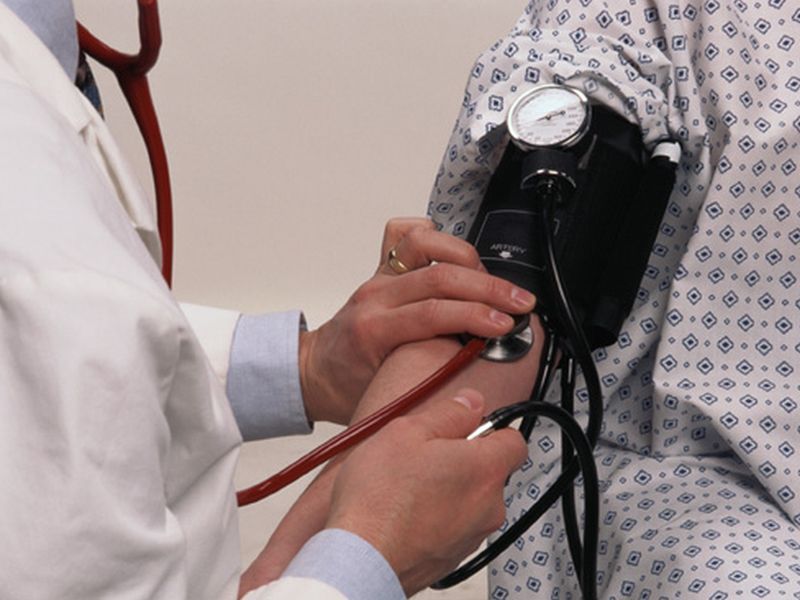 The study found that 2% of women living in urban areas and 2.4% of women living in rural areas had high blood pressure as they started their pregnancies in 2018. When the researchers looked back at 2007, those numbers were 1.1% and 1.4%, respectively.

"High blood pressure complicated nearly 80,000 of the pregnancies studied, and this wasn't just older women. Something concerning that we found was that there was an increase in high blood pressure in women between 15 and 24," explained study author Dr. Natalie Cameron. She's a third-year internal medicine resident at Northwestern University's Feinberg School of Medicine in Chicago.

The rates in the youngest women were still lower than in older women (40-44), but all of the age groups saw similar increases in high blood pressure rates between 2007 and 2018.

The researchers also saw much higher rates of pre-pregnancy high blood pressure -- two to three times higher -- in Black women compared to white and Hispanic women, according to Cameron.

Blood pressure levels going into pregnancy make a difference in the health of mom and baby. If a mother's blood pressure is high in pregnancy, she faces a greater risk of complications, such as preeclampsia and preterm labor and delivery. The risk of kidney problems and ICU admissions is higher for women with elevated blood pressure in pregnancy, Cameron said.

Mom's high blood pressure also ups the baby's odds of complications, such as being born at a lower weight. Babies born to women with high blood pressure have an increased risk of developing heart and blood vessel disease later in life, Cameron explained.

The study included data on 50 million expectant mothers in the United States between 2007 and 2018. They were between 15 and 44 years old.

According to Cameron, there wasn't enough data to explain why these numbers are increasing. Rising rates of obesity are likely one reason. Another possibility is a lack of access to health care, especially preventive health care.

She said a lack of access to health care tends to be more of a problem for the two groups with higher rates of high blood pressure in this study -- people living in rural areas and Black people.

Dr. Navid Mootabar, chair of the Department of Obstetrics and Gynecology at Northern Westchester Hospital in Mount Kisco, N.Y., is familiar with the new study.

He said he's seen an increase in women with higher pre-pregnancy blood pressure. But, he added, "It's unclear what exactly is making the rates go up."

Mootabar also suspected that a lack of preventive care may play a role. "A woman's first exposure to the health care system may be when she's pregnant," he said.

Both Mootabar and Cameron said there are safe options for controlling blood pressure during pregnancy.

Cameron agreed. "I would encourage all women to establish a relationship with a primary care provider and talk about preventive measures to stay healthy throughout your lifetime. Learn to follow an optimal diet and get some activity in every day. This not only extends your life, but also your quality of life," she said.

Cameron is scheduled to present the study on Friday at the American Heart Association's virtual Scientific Sessions. Findings presented at meetings are typically viewed as preliminary until they've been peer-reviewed.

Learn more about high blood pressure and women from the American Heart Association.