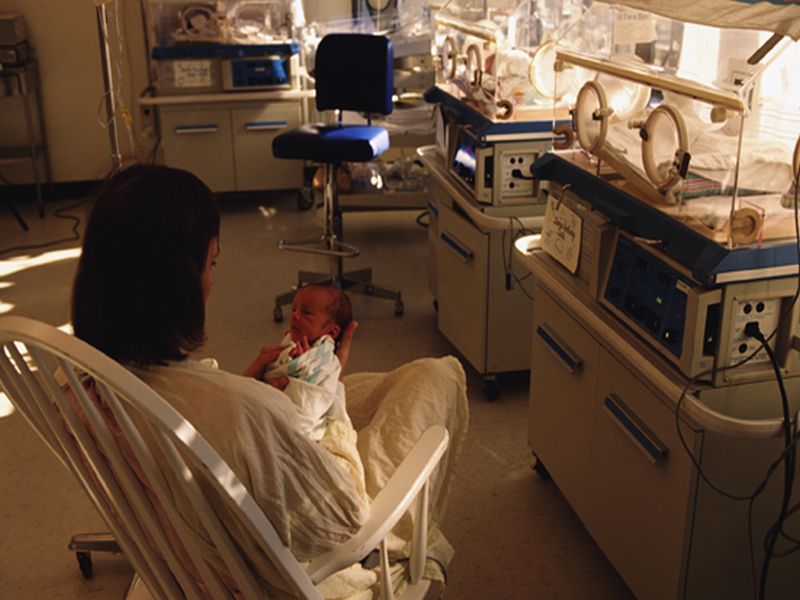 WEDNESDAY, April 8, 2020 (HealthDay News) -- The makeup of bacteria in an expectant mother's vagina may help identify which women are most at risk of giving birth prematurely, a new study suggests.

It also found that pregnant women who deliver early are more likely to have a diverse community of vaginal bacteria.

The findings, based on more than 3,000 samples taken from more than 400 women, were recently published in the journal Frontiers in Microbiology.

"We found that women who deliver prematurely have a significantly more diverse vaginal microbiome, especially in their first trimester, than those who deliver at full term," said study co-author Marina Sirota, an assistant professor at the Bakar Computational Health Sciences Institute at the University of California, San Francisco.

Specific bacteria associated with timing of birth were also identified. The study found that two new types -- Olsenella and Clostridium sensu stricto -- are linked to premature birth. It also found that Lactobacillus, which was known from past studies, is more prevalent in women who have a full-term birth.

The findings could lead to new ways of identifying pregnant women at risk of premature birth, according to the researchers.

"The methods that we have developed can be used to combine even more data together and these results can inform ways of diagnosing those at risk, as well as potential therapies for premature birth," Sirota said in a journal news release.

Premature babies (born before 37 weeks of gestation) often have complicated medical problems, and preterm birth is the leading cause of newborn death.

Stress, age and low body mass index among mothers are risk factors for premature birth, but exactly how and why it happens isn't fully understood.

"For most of these births, we don't know why the women end up going into labor early and unfortunately, the limited number of therapies are often not effective," Sirota said. "New ways of identifying women at higher risk is sorely needed."

The U.S. National Institute of Child Health and Human Development has more on preterm labor and birth.